Do it yourself:
Click here to read The Comprehensive Aquaponics Greenhouse Compendium for Beginners:

www.desertdomes.com offers a dome calculator which we use to determine the lengths of the struts for all our domes. They give good tips for your own small scale build if you've got the space and time do do it yourself. If you'd like to build domes as a service to make a living, get in touch with us and we'll talk about how we can help each other help everybody. Leave a comment on the post to the left including your contact info. We'll keep it private.

how we erect a 3v dome frame.

lay-out 5 A struts and bolt together with one bolt. 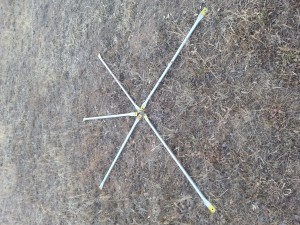 Layout 5 B struts around first 5 A struts to be top horizontal plane of struts of dome.

Lay out 10 C struts mirroring the first A struts opposite of 5 previously laid struts.

Lay out 5 more B struts in line with first 5 A struts.

Inserting bolt from above, start with the top and go down, as well as staggering left to right, as you add the struts.  Barely screw the nut onto the bolt to leave the struts with plenty of maneuverability so they are not bent later. 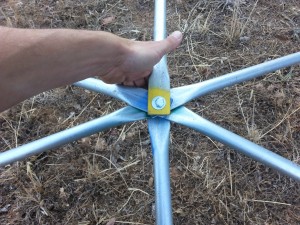 Rotate the struts up so the hub may sit on the ground. 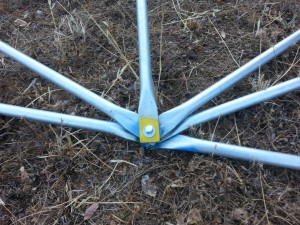 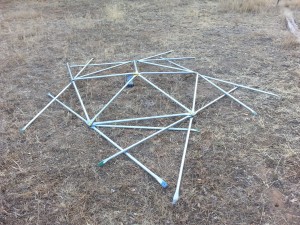 lift it from the center 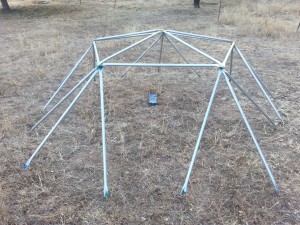 lay out 10 C struts for next “horizontal” row of struts

lay out 5 A struts in line with previous A/B lines of struts.

Lay out 10 B struts to connect at same hub as previous 5 A struts.

lay out 10 C struts to connect at point with 4 other C struts. 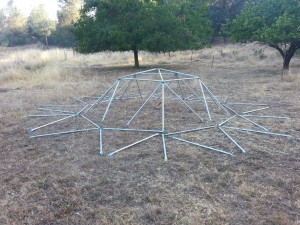 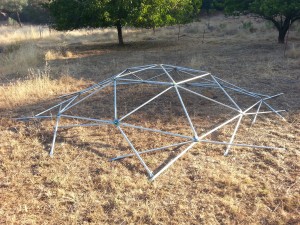 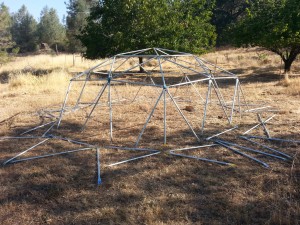 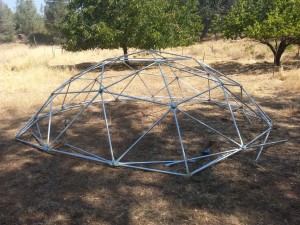 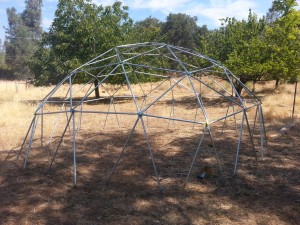 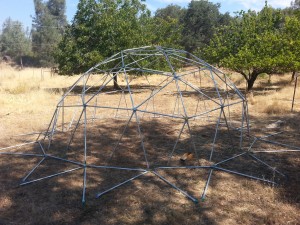 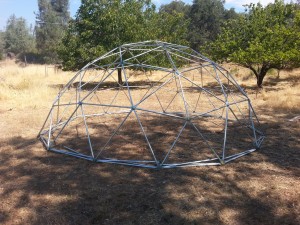 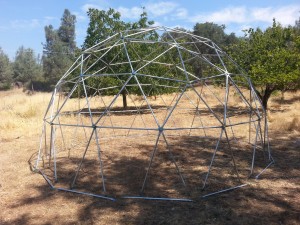 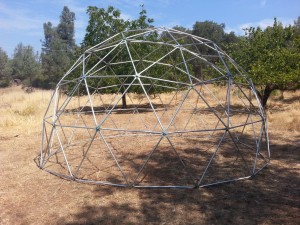